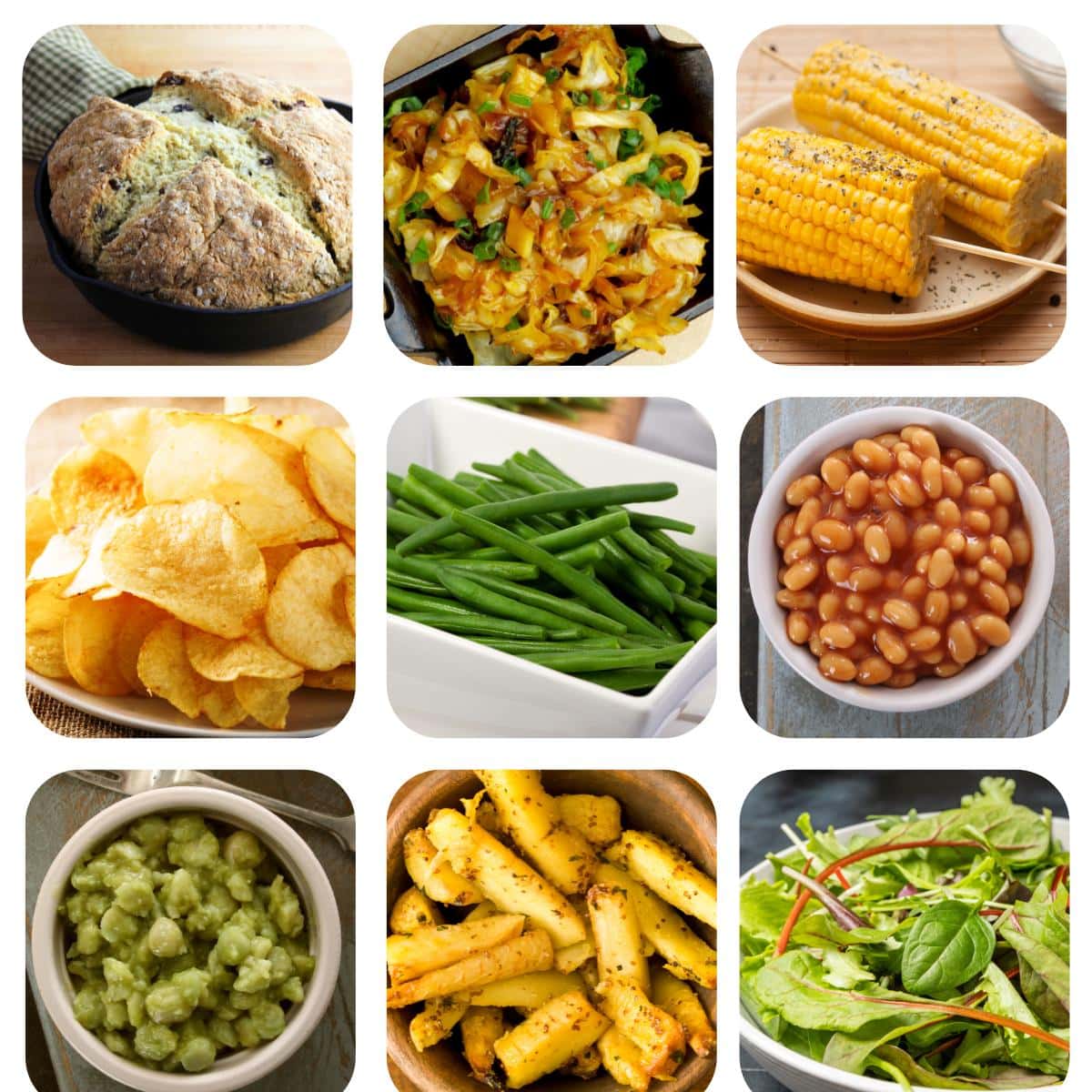 If you’re wondering what to serve with your Shepherds pie, you’ve come to the right place.

In this article, I list 51 of the most popular side dishes for Shepherds pie

These will also work as sides for cottage pie!

A slice of crusty bread is one of the best accompaniments for shepherd’s pie.

My go-to is Irish soda bread because it’s easy to make and doesn’t involve yeast.

And no yeast = no proofing!

Its dense crumb is perfect for soaking up all the goodness from your saucy filling.

Mushy peas are a classic British side dish that pairs brilliantly with shepherd’s pie (they’re not just for fish and chips!).

And don’t worry, this homemade version is miles better than the canned stuff.

It’s not watery, and the addition of lemon and pepper brightens up the peas right up.

Shepherd’s pie already has the meat and potatoes, so you can definitely get away with serving a simple salad on the side.

With crisp ingredients like sunflower seeds and bacon, this salad will bring some texture to an otherwise pretty soft meal.

But if you prefer to keep it low key, all you need is a few lettuce leaves!

Looking for a straightforward but delicious side dish for your shepherd’s pie?

They’re cooked in chicken broth and other seasonings like garlic, parsley, and red pepper flakes making them extra tasty.

And they’re finished with a spritz of lemon juice for a touch of brightness.

If you’re a potato lover, you’ll love pairing your shepherd’s pie with a basket of freshly made crispy potato chips.

They’re not too filling, and you can use them to scoop up any leftover meat at the end of the meal.

Making them is easy too, especially if you have a mandolin and an air fryer.

Kale gets a bad rep for being tough and bitter.

But it’s easy to remedy. This recipe fixes it by massaging the chopped kale leaves with an apple cider vinaigrette.

This infuses the greens with a tangy taste and helps break down the kale’s fibers to give it a tender texture.

Make your indulgent shepherd’s pie meal more decadent with a generous helping of cauliflower cheese on the side.

The secret to a rich, gooey cauliflower cheese?

Roasting the cauliflower instead of boiling it to stop it from watering down the sauce.

Make your shepherd’s pie into the ultimate comfort food meal with a serving of homemade British baked beans on the side.

It’s more effort than using a tin, but they have way more depth of flavor.

And when the tomato sauce mixes in with the meat and mash… it’s heaven!

If you’re not a fan of leafy green salads, try this one instead.

Instead of the usual lettuce or arugula, this salad is loaded with blanched asparagus, peas, sugar snap peas, shallots, and fresh mint leaves.

Then everything is tied together with a red wine vinaigrette.

This isn’t technically a side dish.

But if you’re in the mood for a lighter shepherd’s pie, swap out the mashed potato topping and use mashed cauliflower instead.

It’s just as velvety, but with a lot less carbs (and it’s only 50 calories per serving).

This may not be the first thing that comes to mind when you think about a partner for shepherd’s pie, but it actually goes really well.

The coleslaw has a cooling effect.

And this recipe features a Greek yogurt-based dressing which is lighter than the traditional mayonnaise, so the meal doesn’t feel too heavy.

Transform a basic cabbage into a delicious side dish with bacon, paprika, onions, and the (not so) secret ingredient… brown sugar.

Psst… remember not to overcook your cabbage. You want it to still have some bite, not be a soggy, mushy mess.

Give your shepherds pie a nourishing boost with a serving of these buttered vegetables.

This recipe uses carrots, broccoli, and cauliflower, but you can use whatever you have in your fridge.

Don’t worry, the frozen ones are just as nutritious and will work well.

Love corn on the cob but can’t be bothered to fire up your grill?

Boil your corn in a butter bath instead.

There’s no need to faff about trying to smother the corn in butter after it’s cooking – because the flavor is fully infused into each kernel!

Cauliflower’s versatility knows no end. You can mash it, steam it, roast it, and even make rice with it.

But one really unique thing to do with cauliflower is to make ‘steaks’.’

Serve your steak with a spoonful of shepherds pie on top for an elegant and interesting dinner.

Roasted parsnips are an excellent side dish to have with shepherd’s pie, especially around the festive season.

Their sweet, nutty flavor is a tasty complement to the savory, meaty filling.

And the chili-honey glaze in this recipe is finger-lickingly good.

Craving a bready side but don’t want all the extra carbs?

And the best part?

You only need three easily accessible ingredients to make it – eggs, cream cheese, and salt.

The best side dishes to serve with shepherds pie 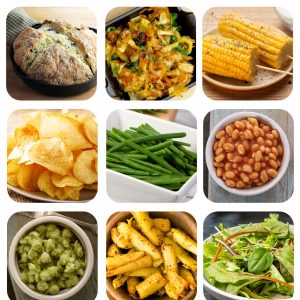 What To Serve With Shepherds Pie 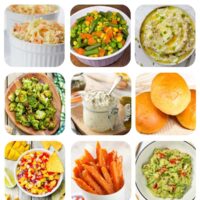 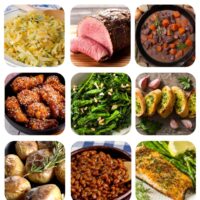 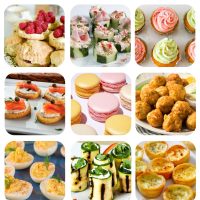 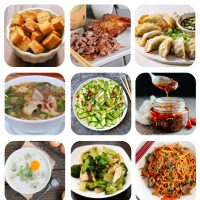