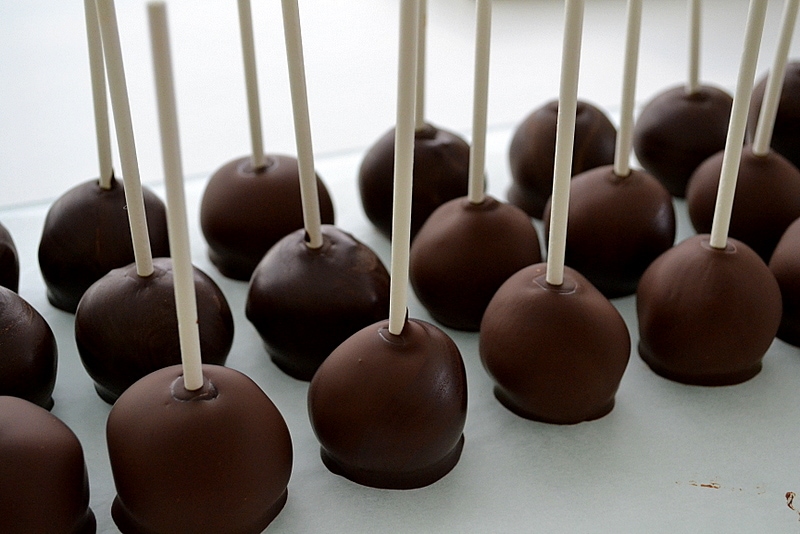 Cake pops and cookie pops are becoming quite popular; they’ve even inspired pies, brownies, and other yummy treats to hop onto sticks as well.

It’s the latest craze for food these days.

Today, I’ll be telling you all about these all-kinds-of-awesome Tim Tam truffle pops that won the hearts of the cake stall helpers at my daughter’s school.

As I’m not a citizen of Australia (I’m a permanent resident), I am not allowed to vote.

I’ve never been to the polling places or participated in any way during any election day.

This time, however, my daughter’s school was sending home notices that they wanted donations for their election day cake stall to raise money for the school – they wanted cakes, slices, biscuits, etc.

My eyes literally lit up when I read this (I’m pretty sure they did, anyway!) and immediately I ran through dozens of things in my head that I could make.

Eventually, I decided on something I had seen a while ago on Not Quite Nigella and Bubble and Sweet.

Just like an Oreo truffle, actually – with the crumbed Oreos and cream cheese.

Except with Tim Tams.

If you’re not in Australia, you may be asking, “What are Tim Tams?”.  Wikipedia explains:

Tim Tams are chocolate biscuits made by Arnott’s Biscuits.

A Tim Tam is composed of two layers of chocolate malted biscuit, separated by a light chocolate cream filling, and coated in a thin layer of textured chocolate.

(Photo above also from Wikipedia)

There are a variety of flavors available as well.

Apparently, 1 in every 2 households in Australia has a package of Tim Tams in their pantry.

So now you know what a Tim Tam is if you didn’t already.  🙂

I doubled the recipe for the Tim Tam cookie pops I found on Bubble and Sweet.

One coating of the chocolate was too thin, I thought.

In order to double-dip properly, I found that you need to let the first coating set before you dip again.

Put the pops into the refrigerator for 15 minutes or so before dipping the second time.

Also important – make sure the chocolate that you are re-dipping into is not hot, but at room temperature, or close, otherwise, the hot chocolate will re-melt the coating already on the truffle.

I made each truffle weigh 25g so that they would all be of uniform size.

You will see that I dipped the ends of the lollipop sticks into melted chocolate before sticking them into the truffles.

After I stuck them all in, I put them back in the refrigerator to set the chocolate faster.

This will help the truffle to stay on the pop while dipping and eating.

I kept the truffles in the refrigerator overnight and the morning of election day I packaged the pops into mini treat bags and tied them each up with a silver twist tie.

So yes, apparently, these little guys were a real hit with the cake stall helpers; they told me they only sold about four to actual customers before buying the rest of the pops for themselves!

They even asked for the recipe!

I’m glad that all my efforts on the day before were well worth it – job well done, I say!

The recipe below is not doubled; what follows is the original recipe.

If you don’t have lollipop sticks, you can leave them out of the picture entirely and simply dip the truffles in chocolate and lift them out with a fork onto a sheet of baking paper.

If you happen to have styrofoam lying around, you can stick the lollipop sticks into it, instead of placing them upside down on a sheet of baking paper.

The instructions may seem long, but this is not a difficult recipe.

Basically, it’s the technique that takes a few extra words to explain.  🙂 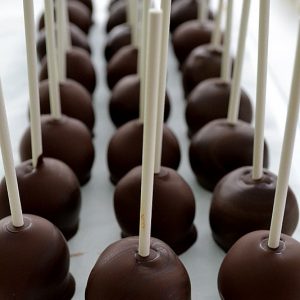 No-bake truffles made with Tim Tams instead of Oreos – an Australian twist on an American favorite!
5 from 1 vote
Print Rate
Course: Dessert
Servings: 10 -12 truffles
Author: Bubble and Sweet 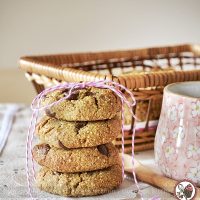 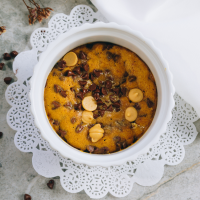 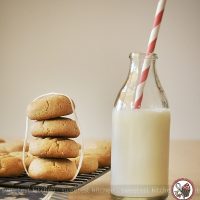 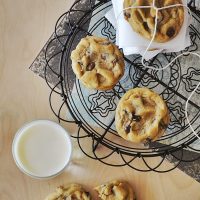