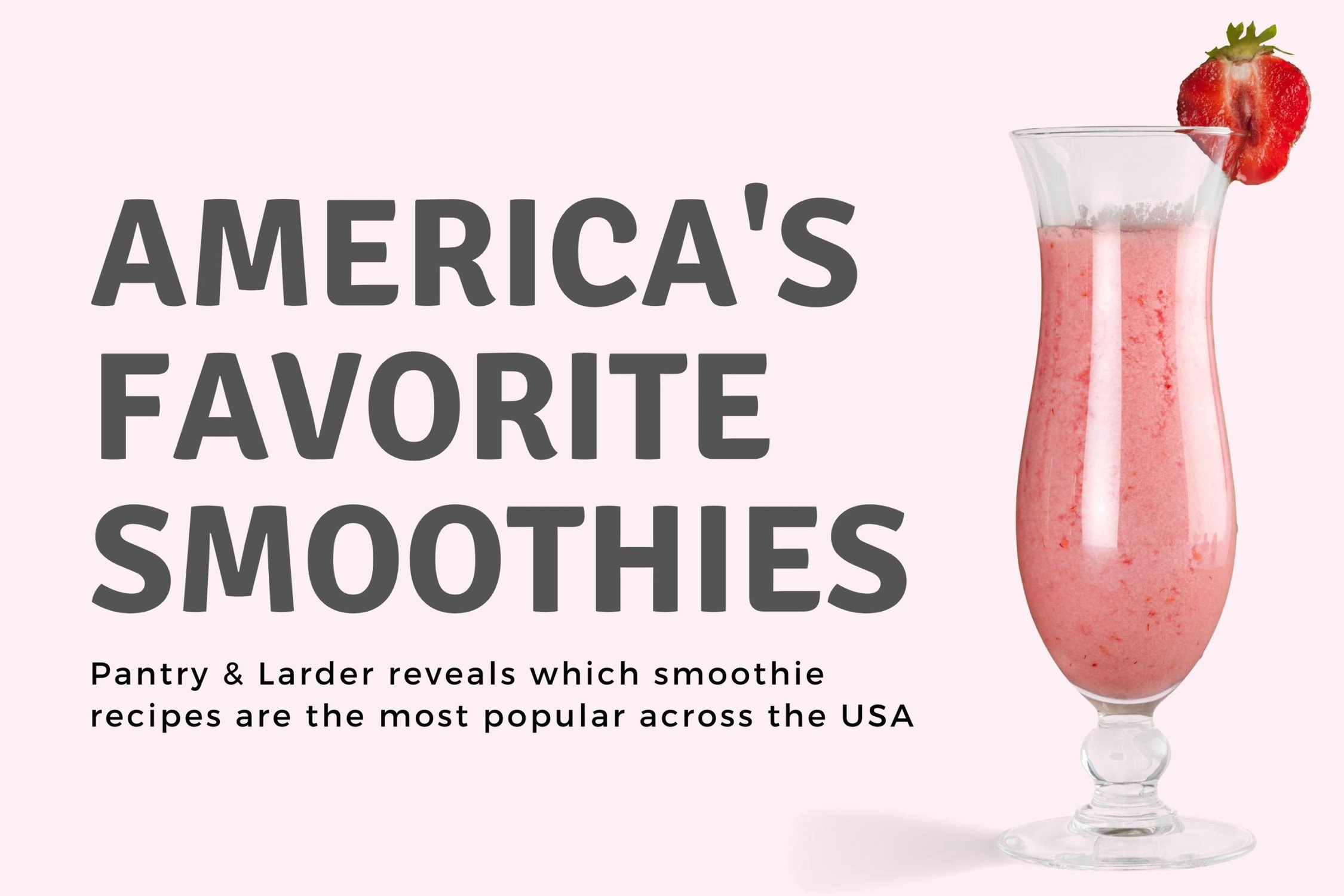 We compared the data to the national average, so the results show which smoothie flavors are preferred more than usual in each state.

We also looked at how popular smoothies are in general across the US, as well as the most popular veggie-based smoothies.

The data shows some interesting correlations with where different fruits are grown.

Here’s a quick tally of smoothie flavors and how many states prefer them (the full state list is at the bottom of this article).

The most popular ‘veggie’ smoothies

Next, we looked at which ‘vegetables’ are most often included in smoothie recipes.

Vegetables are in quotation marks because we’ve also included avocado and matcha in the list below.

Why? These savory, veggie-like foods fit better with kale and spinach than mango and pineapple.

At least we think so.

The most popular smoothie flavor in every U.S. state

First, we compiled a list of the most popular fruit smoothie flavors in the U.S. (according to Statista data). We cross-referenced each item in the list against Google Trends and shortlisted the 8 most popular flavors nationally.

Using data from Google Trends, we calculated both the national average and the state average for each smoothie flavor.

The overall winning flavor in each state was determined by how much it over-indexed compared to its national average.

For more information on our methodology, or to request access to this study’s base data or original charts, please reach out to us at [email protected]