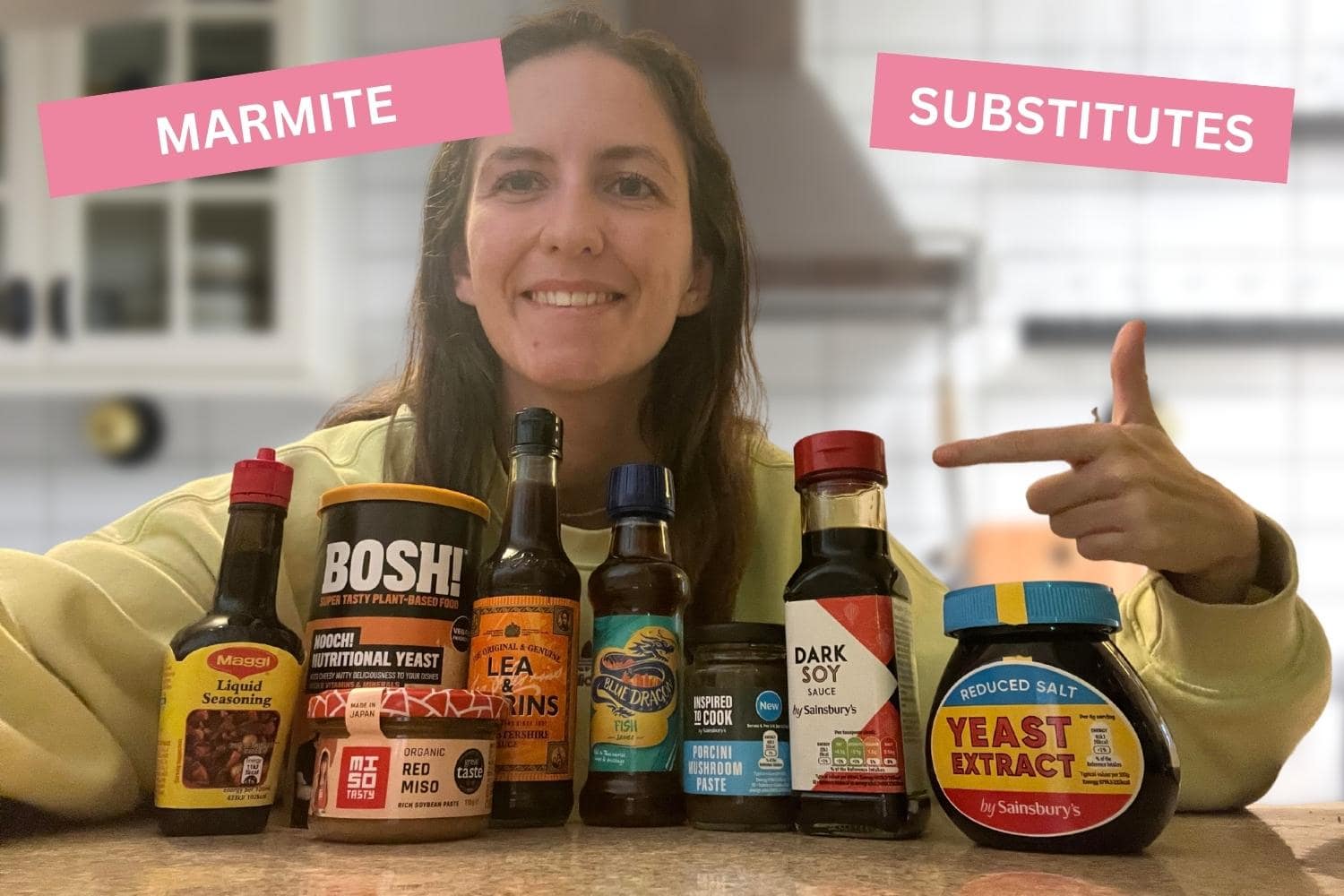 I’ve personally tried and tested a range of different marmite substitutes to find the best one, whatever your reason for avoiding marmite is and whatever dish you’re cooking.

The best substitutes for marmite are other yeast spreads like Vegemite. If you can’t find them, try miso paste, Worcestershire sauce, soy sauce, maggi seasoning, or nutritional yeast. All these will add a nice umami hit to your dish. For a gluten-free option, try a supermarket own brand yeast spread.

To find the best substitute for marmite, I made my own gravy and tested 10 different options.

The main reason for using marmite in a dish is to add a savory umami flavor. The marmite helps rounds the dish out and gives it more depth.

I was looking for a substitute that bought just as much umami and had a similar salty flavor.

Here’s what I tested and my verdicts:

Vegemite and other yeast spreads are the closest substitutes you’re going to find to marmite.

They’ll all bring extremely similar flavor notes and textures, but they might not be easy to get hold of depending on where you are!

Worcestershire sauce has a pretty similar flavor profile to marmite and is easily accessible so I’ve given it a top score. Same for miso and maggi seasoning.

Common dishes that use marmite and the best substitutes

Worcestershire sauce is a classic British condiment that’s a mixture of savory, sweet, tangy and salty – exactly how you would describe marmite.

The other thing that makes Worcestershire sauce such a great substitute for marmite is how easily accessible it is.

It’s called for in a lot of recipes, so I wouldn’t be surprised if you had a bottle hiding away in the back of your pantry.

Miso paste is everywhere in Japanese cooking because of its savoury flavor.

Much like marmite, its salty notes will work to enhance all the other flavors in your dish.

Pro tip: red miso is better than white miso when you’re subbing it for marmite because of its stronger flavor, but either will do.

You can also mix miso and butter to make a delicious alternative to marmite for toast!

Taste and texture
Dark miso is bursting with umami but a bit saltier than marmite. It has a very similar texture.
Measurements
1 teaspoon marmite = ½ teaspoon miso paste (add more if needed)

Maggi seasoning is the backbone of Asian cuisine, but it was actually first developed in Switzerland!

It’s marketed as a flavor enhancer and boy does it live up to that name.

It will add a salty, rich boost to your dish but also has a hint of sweetness that makes it so reminiscent of marmite.

Vegemite (or other yeast spreads)

The most similar substitute for marmite taste and texture wise is vegemite or another brand of yeast-based spread like promite. Bovril is also very similar.

But this is only helpful if you can get your hands on one of these spreads! They’re not always readily available depending on where you live.

If you’re looking for a gluten-free alternative to marmite then you should check out the own-brand supermarket yeast spread options.

Often these are gluten-free – just make sure you check the label first.

Taste and texture
In a dish, you’d be hard pressed to tell the difference between vegetmite and marmite.
Measurements
1 teaspoon marmite = 1 teaspoon alternative yeast spread

One marmite substitute that I can guarantee will always be available is soy sauce.

Your recipe might even already call for soy sauce. In which case, all you’d need to do is add slightly more to compensate for the lack of marmite.

The one downside is that it’s a lot thinner than marmite.

Psst… tamari is a great option too and a bit thicker than soy sauce!

Taste and texture
Soy sauce isn’t as pungent as marmite, but will still brings a salty deepness to your dish.
Measurements
1 teaspoon marmite = 1 teaspoon soy sauce

Don’t worry – this wont add any fishy taste to your dish! Just LOADS of umami.

Fish sauce is made using anchovies so it’s very salty, and has a deep savoury flavor.

You don’t need a lot of it for it to transform your dish, so I would start with a splash or two and then add more to taste.

Psst… it doesn’t smell great, but don’t let that put you off.

Mushrooms are another vegan favorite for adding an umami hit to your meal.

You can buy mushroom paste from the store, or you can make your own by finely mincing some sauteed mushrooms.

Pro tip: add a splash of soy sauce to your paste for best results.

Taste and texture
Mushroom paste doesn’t have as strong of a flavour as marmite, so it’s better if you combine it with another salty substitue.
Measurements
1 teaspoon marmite = 1 teaspoon mushroom paste

Nutritional yeast is a common ingredient in vegan foods and just like marmite it’s packed with B12 vitamins.

It’s got a milder flavor than marmite, and it is often said to have notes of cheese. But it’s got lots of glutamate in it which gives it an umami boost.

Aside from being a good marmite substitute, nutritional yeast is great as a seasoning for salads, popcorn, pasta, and even toast.

Taste and texture
Nutritional yeast is a powder so has a different texture, and it has different flavor profile to marmite but it will bring a similar depth to your dish.
Measurements
1 teaspoon marmite = 1 teaspoon nutritional yeast

Marmite is used as a flavor enhancer and isn’t normally essential for the dish.

So if you’re in a real bind and don’t have any of the substitutes mentioned above, you can always leave it out.

Taste and texture
Your dish will lose some of its magic if you don’t replace the marmite, but it will still be delicious.
Measurements
1 teaspoon marmite = nothing

How to make homemade marmite

Another option if you can’t find marmite is to make your own.

There are a few different recipes on the web for this, but here are two of the most simple.

While the next one is a little more involved.

The greatbritishchefs website recommends soaking bread in water, yeast, and sugar before extracting the liquid and leaving it to ferment.

Both options will give you a sticky black spread that tastes like marmite! 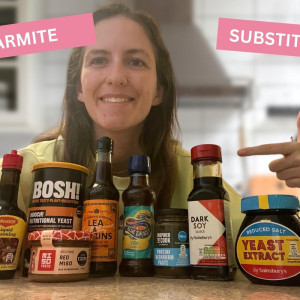 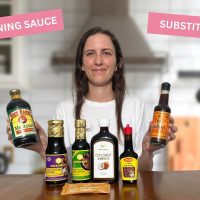 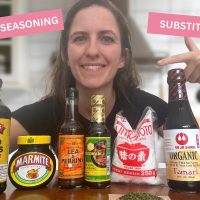 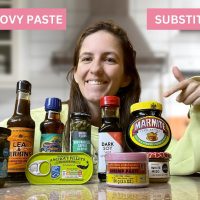 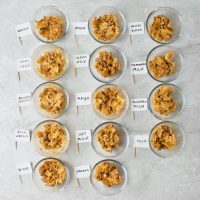