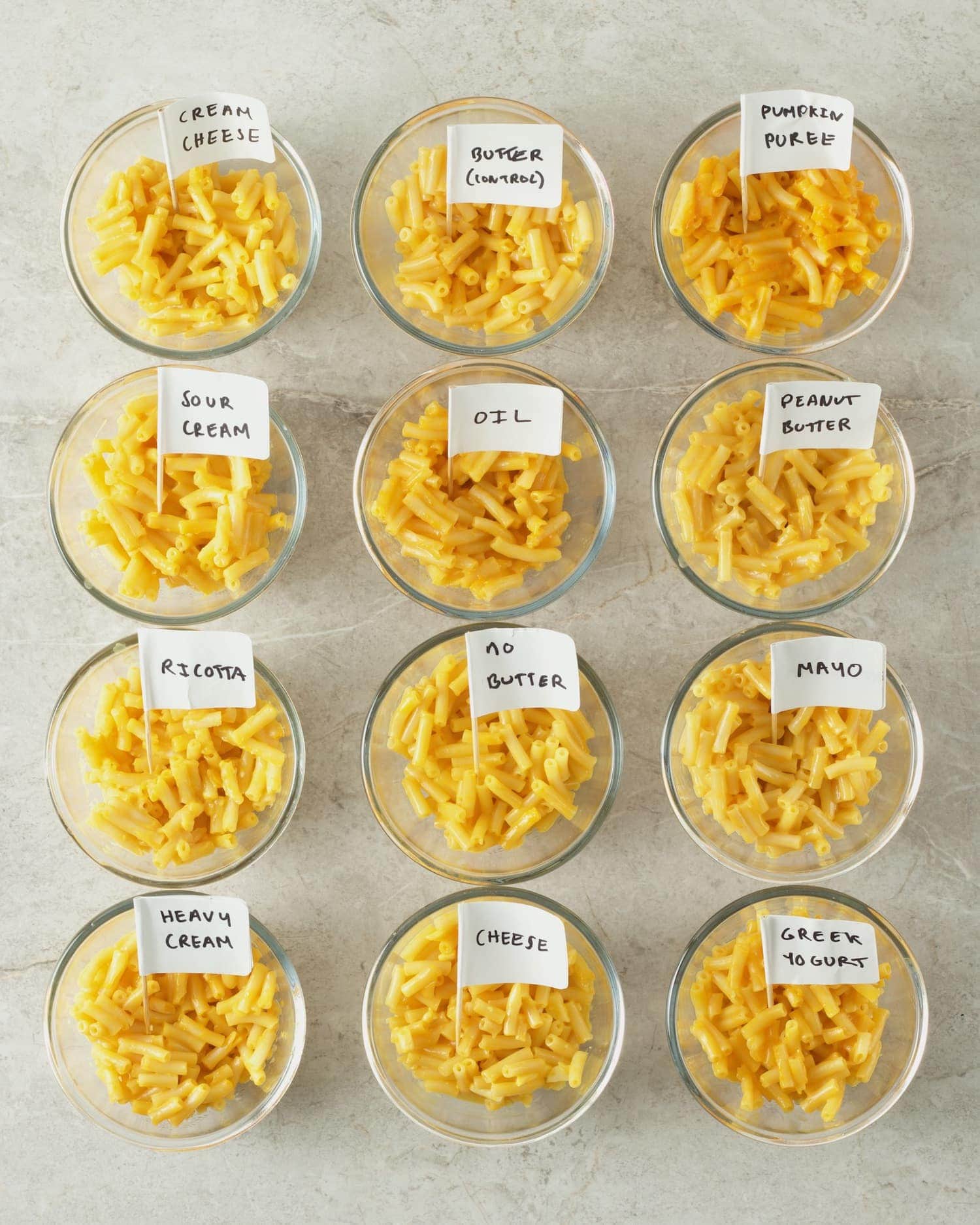 We’ve all been there. You start to prepare your mac and cheese and then it suddenly hits you.

You’ve run out of butter.

Surely there’s a quick and easy fix without that tastes great and doesn’t involve going to the store?

There is. I’ve personally tried and tested 11 different butter substitutes in mac and cheese, so you don’t have to.

So, what’s the best substitute for butter in Kraft Mac and Cheese?

Psst. This goes without saying, but I didn’t include margarine in this test. Kraft specifically states you can use butter and margarine interchangeably. All of these substitutes work as a margarine substitute too.

I wanted to be as scientific as possible with this experiment to give each substitute a chance to shine.

The experiment consisted of me making lots of little batches of kraft mac and cheese, using a different butter substitute in each one.

To finish, I tasted each batch and noted any changes in the texture and flavor of the mac and cheese.

Butter adds richness and depth of flavor to kraft mac and cheese and gives the sauce a thicker, clingier texture. I was interested in which replacements best replicated this.

The best butter substitutes for kraft mac and cheese

I’ve listed all of the substitutes I tried in the table below, along with my thoughts on how each one impacted the dish.

Overall, I was most impressed with the cream cheese, cheese, greek yogurt, and sour cream. These are universal options most people will like.

Some of them, such as pumpkin puree or peanut butter, added a unique flavor. Great if you like that flavor but not so great if you don’t.

Using no substitute left the mac and cheese a bit bland for my tastes, but the only replacement I didn’t enjoy was oil.

Got a lonely tub of cream cheese hanging out at the back of the fridge? Time to dust it out!

Cream cheese is a perfect butter substitute because it adds both texture and depth of flavor.

The best thing about cream cheese is all the different flavors you have to pick from.

Anyone for garlic cream cheese, or how about black pepper? My personal go-to is sun-dried tomato cream cheese.

Kraft mac and cheese is a canvas, and you can paint it with whatever flavors you want.

How much cream cheese should I substitute?

Use the same amount of cream cheese as you would butter. It’s a little thicker than butter, so use slightly less if you want a thinner sauce.

Texture: a little thicker, but not so much that it’s an issue.

Overall: good enough to be considered a permanent addition!

The clue is in the name… mac and cheese.

The cheese will melt into your mac and cheese, turning the sauce into a sticky cheesy delight. You won’t even notice the butter is missing.

I went for a simple American cheese for my test, but I don’t think it would be possible for cheese to ruin your mac and cheese, so go ahead and add whatever you have in your fridge!

Shredded cheese is best because it melts quickly, but you can also use tiny pieces.

If you use pieces, I recommend not melting the bits completely, so you end up with small half-melted chunks of cheese in the macaroni (yum).

How much cheese should I substitute?

Add the cheese bit by bit. Start with a little less than the amount of butter you’d use, then add more to taste. Remember to sprinkle some over the top as well!

Texture: thick and sticky (in a good way).

Overall: elevated the mac and cheese to new heights, I 100% recommend.

It has a tangy but not overwhelming flavor, and its thicker texture gives the sauce some body.

It’s also better for you than butter!

How much greek yogurt should I substitute?

Use the same amount of greek yogurt as you would butter. Add more if you want more of a tangy taste, but then reduce the amount of milk.

Make sure you add the greek yogurt in at the same time as the milk and cheese powder, so it gets well incorporated into the sauce. If you add it as an afterthought, the taste will be much stronger.

Overall: perfect for a lighter version of kraft mac and cheese.

Sour cream is very similar to Greek yogurt but with a less pronounced flavor.

The mac and cheese tasted creamy and had a nice smooth texture.

Sour cream wasn’t a standout option for me, but it certainly wasn’t offensive. If you don’t like the flavor of greek yogurt but want a light sauce, sour cream is perfect.

How much sour cream should I substitute?

Use the same amount of sour cream as you would butter. Add more if you want more of a tangy taste, but then reduce the amount of milk.

Taste: creamy with a slight hint of tanginess.

Overall: if you have some in your fridge this is a great way to use it up.

Ricotta is commonly used in other types of pasta, so I decided to try it as a substitute in my mac and cheese.

The thick texture of the cheese thickened the sauce nicely, and there was a creamy flavor to the dish, but it wasn’t overwhelmingly cheesy.

You can also consider other soft cheeses such as cottage cheese.

How much ricotta should I substitute?

Use the same amount of ricotta as you would butter. It’s a little thicker than butter, so use slightly less if you want a thinnish sauce.

Taste: creamy with a hint of sweetness.

Texture: the sauce was pretty thick.

Overall: a good option if you don’t want anything overly flavorsome.

Using some cream in your mac and cheese helps replicate the effect of butter by adding a creamy richness.

Cream is a good swap if you want a thicker sauce but don’t want to alter the dish’s flavor.

The cream didn’t change the taste of the mac and cheese, but it fell a little flat for me. I suggest adding some extra flavors in like garlic powder or some chili flakes for an extra kick.

I used heavy cream, but if all you have in your cupboard is light cream or half and half they will work as well.

How much cream should I substitute?

Overall: an acceptable substitute if it’s all you have available.

Mayonnaise lasts forever in the fridge, so most people have a jar hiding somewhere.

The smooth consistency lends itself to the mac and cheese, and you end up with a silky sauce.

There was no overpowering mayonnaise taste, but there was a background sweetness that some people might find off-putting.

Mustard goes really well with mayonnaise, so consider adding a small amount of mustard too. This will give the mac and cheese a bit of heat and counteract the sweetness.

How much mayonnaise should I substitute?

Use the same amount of mayonnaise as you would butter. If you don’t want any mayonnaise flavor, use slightly less.

Taste: slightly sweet but not too strong.

Overall: I wasn’t a huge fan, but that doesn’t mean you won’t like it.

Pumpkin lattes, pumpkin pies… why not pumpkin mac and cheese?

Pumpkin puree is sweet and thick, so it changes the essence of the mac and cheese quite a lot.

The sauce was much thicker, and the dominant flavor was pumpkin.

I think this will be a divisive option. If you like pumpkin, go for it, but if the thought of it repulses you – give it a miss.

On the plus side, it’s a great way of sneaking extra veggies in, especially for kids.

You don’t have to limit yourself to pumpkin puree either. Other veggie purees would work as long as they’re not too watery. Avocado, squash, or corn are all options.

How much pumpkin puree should I substitute?

Use the same amount of pumpkin puree as you would butter. If you don’t want lots of pumpkin flavor, use slightly less. Also, add more milk for a thinner sauce.

Texture: pretty thick, but not stodgy.

Overall: a love or hate option (I was in the love it camp).

I know, this one sounds strange. Mac and cheese with peanut butter?

But as the saying goes, don’t knock it until you try it!

There was a hint of nuttiness to the dish, but it wasn’t overpowering. The peanut butter gave the sauce a creamy mouth feel.

Stick with smooth peanut butter because crunchy bits in mac and cheese is a step too far.

You can also use other types of nut butter (mmm almond butter, anyone?) or even tahini.

How much cream cheese should I substitute?

Use the same amount of peanut butter as you would butter. It’s a little thicker than butter and more flavorsome, so use less if you want a thinnish sauce or a more subtle flavor.

Taste: a hint of nuttiness

Texture: a little thicker, but not so much that it’s an issue.

Overall: a unique option, but can work well.

If you have nothing in the cupboard but milk and mac and cheese, then you can just skip the butter.

Butter isn’t an essential ingredient in kraft mac and cheese. It’s just nice to have.

The sauce may seem a little thinner, but you can solve this by heating the pasta for longer than usual to cook off any excess milk.

The main issue with this method is the lack of flavor, the richness that butter brings is missing. You can compensate for this by adding extra flavors such as garlic powder, chilis, or some chicken bouillon powder.

Taste: a tad too bland.

Texture: that sauce was thinner and less clingy.

Overall: okay if you jazz it up with extra flavors.

Oil seems like a sensible swap for butter, but I don’t recommend it. It’s the only option I wouldn’t use again.

The mac and cheese had a slimy feel and an oily flavor that didn’t compliment the cheese.

Adding no substitute was better than adding oil.

How much oil should I substitute?

I suggest using less of it than you would butter because if you add too much it won’t bind with the sauce and you’ll end up with an oily puddle at the bottom of your bowl.

Overall: I don’t recommend this method.

Sadly I couldn’t get my hands on any bacon grease in time for my experiment, but I am in no doubt that this would be a top-notch substitute.

I can’t think of a better flavor to go with cheese than bacon, and the texture of the grease would hopefully create a nice consistency sauce.

I’d just be careful not to add too much or you could end up with an oily texture.

Can I make kraft mac and cheese without butter?

Yes, you can make kraft mac and cheese without butter. The butter in kraft mac and cheese is simply there to add a richer flavor and give the sauce a thicker texture, but it’s not an essential ingredient. You can either leave it out completely or substitute it with something else like cream cheese. 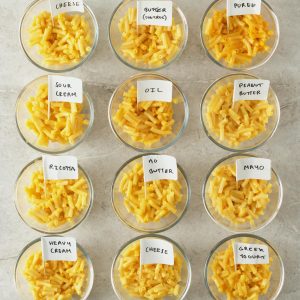 Kraft Mac And Cheese Without Butter 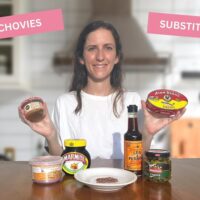 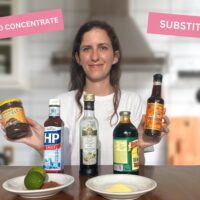 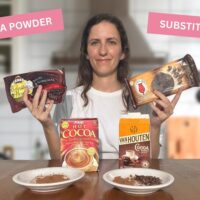