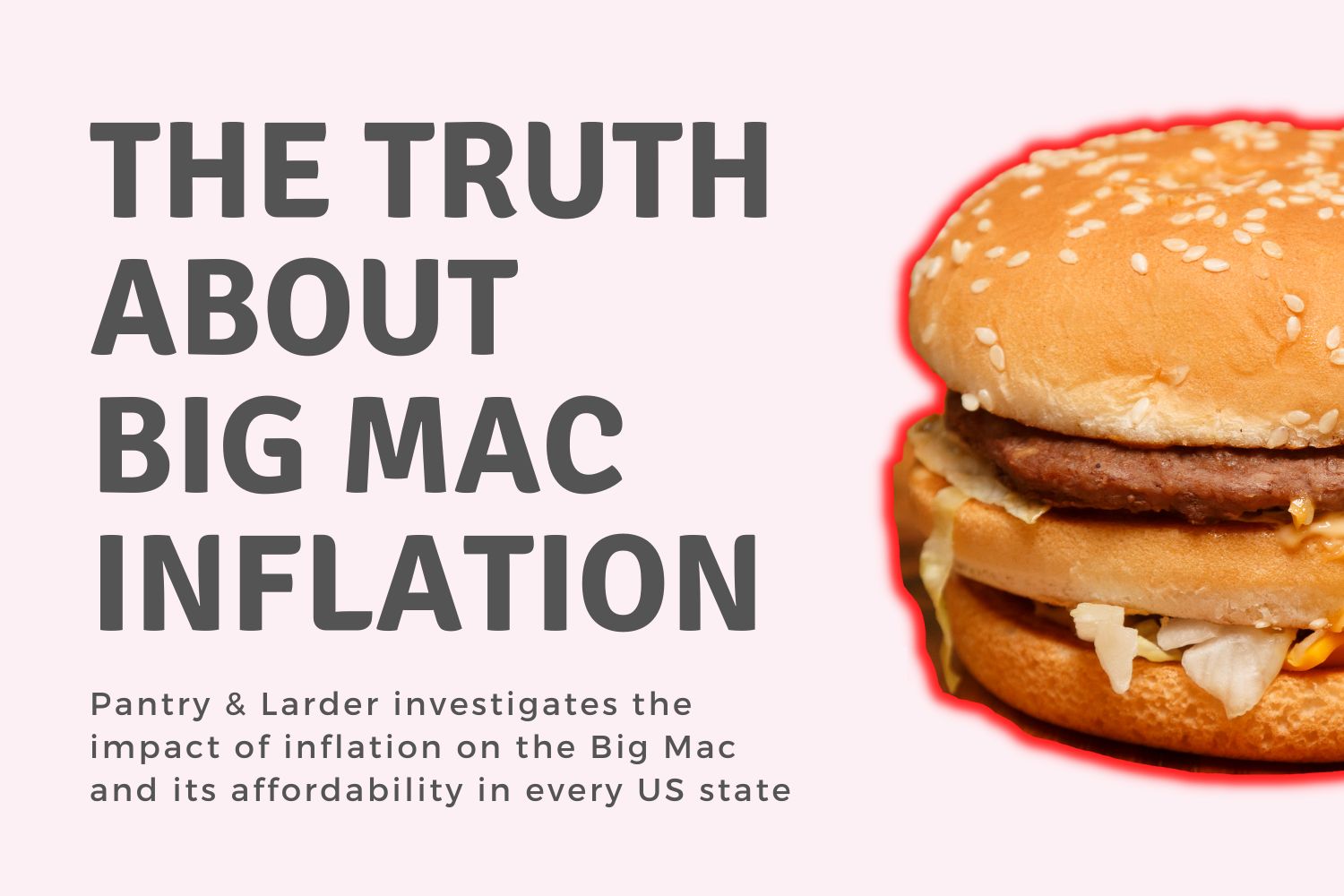 Inflation is everywhere, and fast food is no exception.

In this article, we take a look at how inflationary pressures have impacted the price of the Big Mac, and how recent changes to the Economist’s Big Mac Index paint a different picture to reality.

Taking inspiration from this Axios study, we also do a deep dive into how affordable a Big Mac is in each state.

The Economist Big Mac Index tracks the price of a Big Mac in over 50 different countries (including the USA).

What was originally a ‘lighthearted guide’ has turned into a widely used economic benchmark that some countries have been accused of manipulating.

Up until July 2022, the method for calculating the price of a US Big Mac was simple:

“Previously, we averaged the price from four major US cities”

But in July 2022, The Economist switched to using a McDonald’s provided price for the United States.

Here’s the impact of this change:

Why is this important?

Note: historical figures using the new McDonald’s provided price have not been included in the Big Mac Index

The price of a Big Mac varies across America, but the difference is only ever going to be a few dollars.

While the difference in the highest and lowest disposable incomes across the US is just over $50,000.

States like Mississippi with a low disposable income are going to struggle to afford even the cheapest Big Mac. And areas with high disposable incomes (like D.C.) won’t have any trouble paying over $6 for a Big Mac.

There are of course some exceptions.

Take Hawaii as an example.

It has the second most expensive Big Mac (due to the fact it’s an island) but doesn’t have the disposable income to match, so it ranks low on the affordability scale.

The following table shows how each state compares in terms of Big Mac prices. A price index of 90 means that the Big Mac price is 10% cheaper than average (methodology).

The following table shows how each state compares in terms of Big Mac affordability. An affordability index of 110 means that a Big Mac is 10% more affordable than average (methodology).

The cheapest Big Macs can be found in the states with the least disposable income and vice versa.

This makes a lot of sense when you break it down.

Higher disposable income is a direct result of higher wages.

And higher wages mean higher labor costs for fast food joints like McDonald’s. In order to cover these labor costs, prices go up.

It’s a chicken and egg situation.

It’s not just the Big Mac that’s getting more expensive.

Other companies are also increasing prices or using shrinkflation to offset surging costs.

For any press and media enquiries, or for access to any specific base data, please contact Veronica at [email protected].

Big Mac Price By Year: Big Mac price figures have been obtained from the official Economist GitHub repository for the Big Mac Index. This includes both the original methodology and the new methodology.

Dollar values for prior periods have been adjusted for inflation using the CPI Inflation Calculator.

Average Big Mac Price By State: State-level Big Mac prices have been obtained from a combination of our own firsthand research and fastfoodmenuprices.com. These figures were converted into a price index, with the median US Big Mac price showing as 100.

A Big Mac that costs 10% less than average is shown on the price index as 90.

An index value of 90 shows that a Big Mac is 10% less affordable than the national average.

Veronica's love for data is nearly as big as her love for cooking.

In a previous life, Veronica has worked as a data analyst for leading companies such as Kantar Worldpanel, Ocado, and Aldi.

Please confirm deletion. There is no undo!