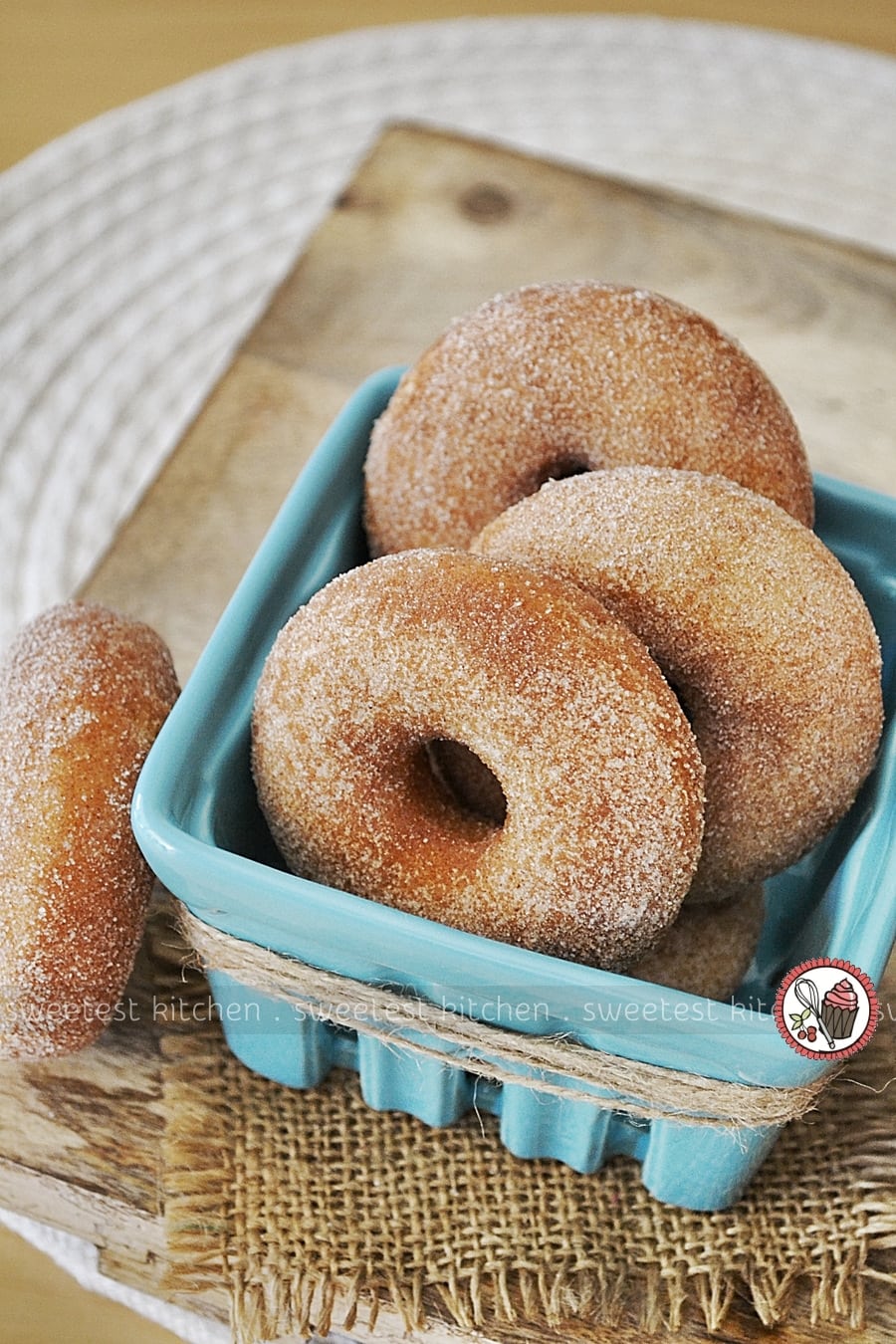 These baked cinnamon donuts are quick, easy, and insanely delicious! Great to make with the kids, too!

I have a confession to make, I think… I may…

have a donut obsession.

See, I got two mini donut baking pans from Williams Sonoma Australia and then I started making donuts.

And then I didn’t stop.

Eventually, I hit upon the best donuts ever.

They’re quick, they’re easy, they’re fun to make and best of all, they are insanely delicious.

And they’re absolutely gorgeous, too!

Haven’t you got a donut pan yet?

Maybe you’re a bit reluctant because you’re a traditionalist – donuts should be fried, not baked – and that’s okay.

I was kind of that way, too.

But baked donuts have become so popular lately, and they’re so appealing because there is no yeast involved, which means no waiting around for the dough to rise.

So you can have a tasty little round pastry in your hand in a quarter of the time it would take to make yeast donuts.

Or maybe you haven’t got a donut pan yet because you simply don’t want a donut that’s basically just a cake in the shape of a donut.

And that’s okay, too.

I was also kind of that way.

But eventually, I realized that I just don’t care.

So what if I’m taking photos of a cake in the shape of a donut with icing and cute sprinkles.  I want a donut pan, too.

So yes, all the donuts I’ve made so far have basically just been scaled-down cake recipes.  And that’s still okay.

The mini donuts I’ve made so far have been so stinkin’ cute and all sorts of yummy.

The kids have enjoyed helping to make them as well; they’re totally awed by the fact that they’ve just made donuts.

I found this recipe for baked cinnamon donuts at A Happy Food Dance while I was Pinterest-ing for donut recipes.

Sure, I could have went with a bizarre-flavored donut, with funky-colored icing and loads of chunky stuff and flakey things piled on top.

But this recipe looked irresistible.

I changed a few things in the recipe to suit my own tastes.

But because I wanted to make the donuts a bit more special-tasting.

I am completely in love with them, and how could anyone not be?

Just look at them, they’re beautiful!  You almost don’t even need to taste them to be in love with them, am I right? 🙂

—As a sort of side note, I’m sorry to all those that spell “donut” as “doughnut”.

I couldn’t decide which way to spell it, so ended up going with what seems to be the most popular?

How do you spell it?? 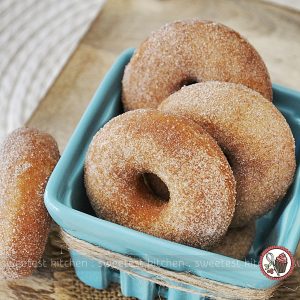 * I used Beanilla triple-fold Madagascan vanilla bean paste, so I only used around 1/3 teaspoon. If you have regular vanilla bean paste, use a full teaspoon. If you only have vanilla extract, feel free to use that instead. * This recipe can also make regular-sized donuts, just adjust the baking time for slightly longer – but keep your eye on the donuts so you don’t overbake them. Don’t have a donut pan? Use a mini muffin/cupcake pan! 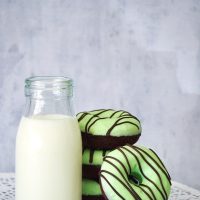 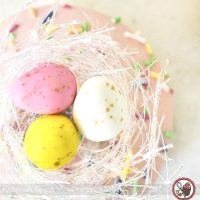 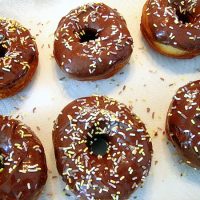